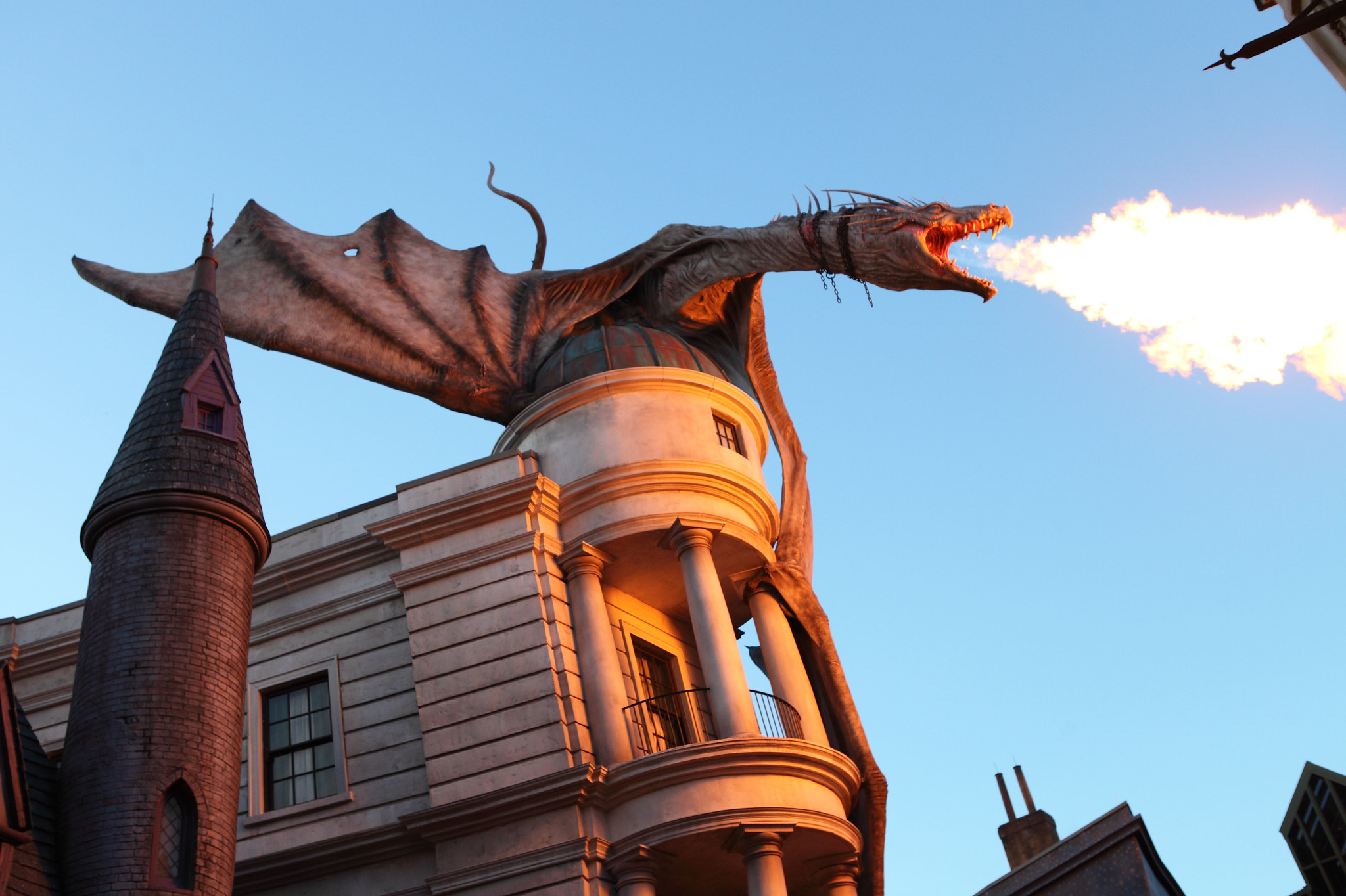 A man comes running up to a group of people, shouting “Run, run for your lives! There is a nogard right behind me!”

They reply, “Nogard, what is a nogard?”

In response he says “You know, an enormous, previously thought to be mythological, beast that flies and breathes fire.”

Laughing, the group of people reply, “Do you mean a dragon?”

“Yes, that is it, that is what I meant, a dragon. A dragon is right behind me! Now you really should be running for your lives!”

“What do you mean by saying a dragon is right behind you? There is no such thing as a dragon.”

He looks over his shoulder, sees the dragon approaching, screams, and runs away. Meanwhile, the group of people are laughing and joking with each other, discussing the “crazy” stranger. Seconds latter they notice that they are now in a deep shadow, something that is very unusual out in the open on a cloudless, sunny day. They look up just in time to see a great blast of fire coming from the dragon’s mouth…

Meanwhile, a mile away, the “crazy” man mutters, “I tried to warn you” as he retreats deeper into the hiding place he found, hoping that the dragon would not think to search there.

I am a self taught software engineer, currently employed by The Paciello Group (TPG), a Vispero™ company. I am very good at what I do and I very much enjoy it. My primary programming language is C++ but I have dabbled in Java, Python, and TCL. Most of the software I have worked on runs only under Microsoft Windows but I have dabbled in programming for GNU/Linux, FreeBSD, Solaris, and Mac OS X. I also have experience in designing accessible applications and websites and accessibility testing. View all posts by benkey76

This site uses Akismet to reduce spam. Learn how your comment data is processed.